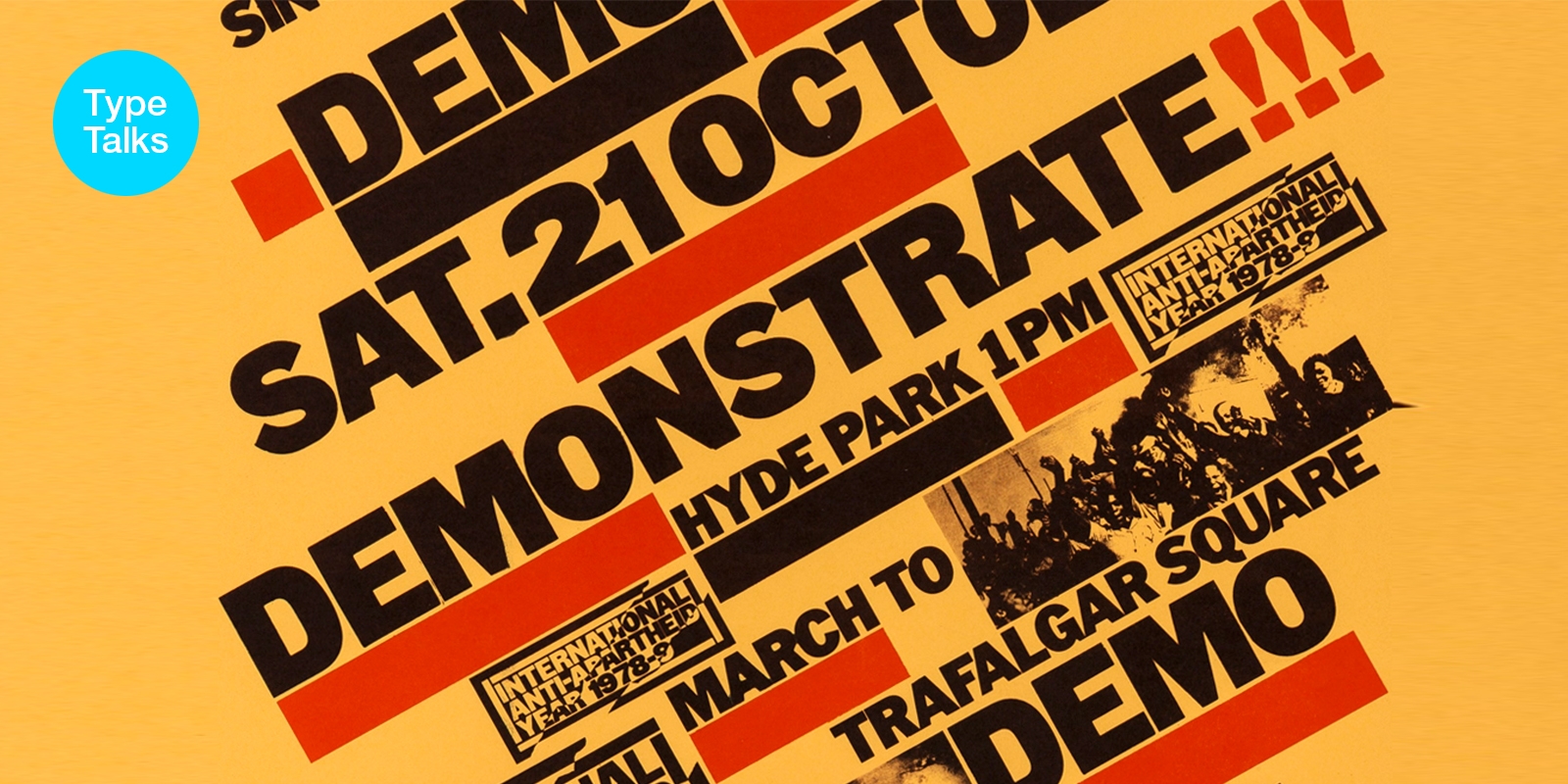 The first thing that stunned me about David King was that he was not only a sensational graphic designer, photographer and writer, but also a great collector of a wide variety of historic graphic pieces.

I was impressed by the amount of material he had about the Russian Revolution, and even more, how his studio and his house were like a refuge for him, full of these images all around. You can tell it was his passion.

Another remarkable fact that I learned in this presentation is how King developed his own graphic style, very influenced by his research. This can be seen in the use of red, yellow, black colours. And shapes like stars, arrows, and strong typographies.

But what I like most about David King is that he has remained true to his style, values and feelings. By having a very distinctive style, his versatility as a designer can be reduced, but at the same time that makes him even more unique.

And finally, I would like to show my admiration for Rick Poynor for studying the life and work of designers who may not have received a huge international recognition as David King, and to whom it is always grateful to shed light on their work. 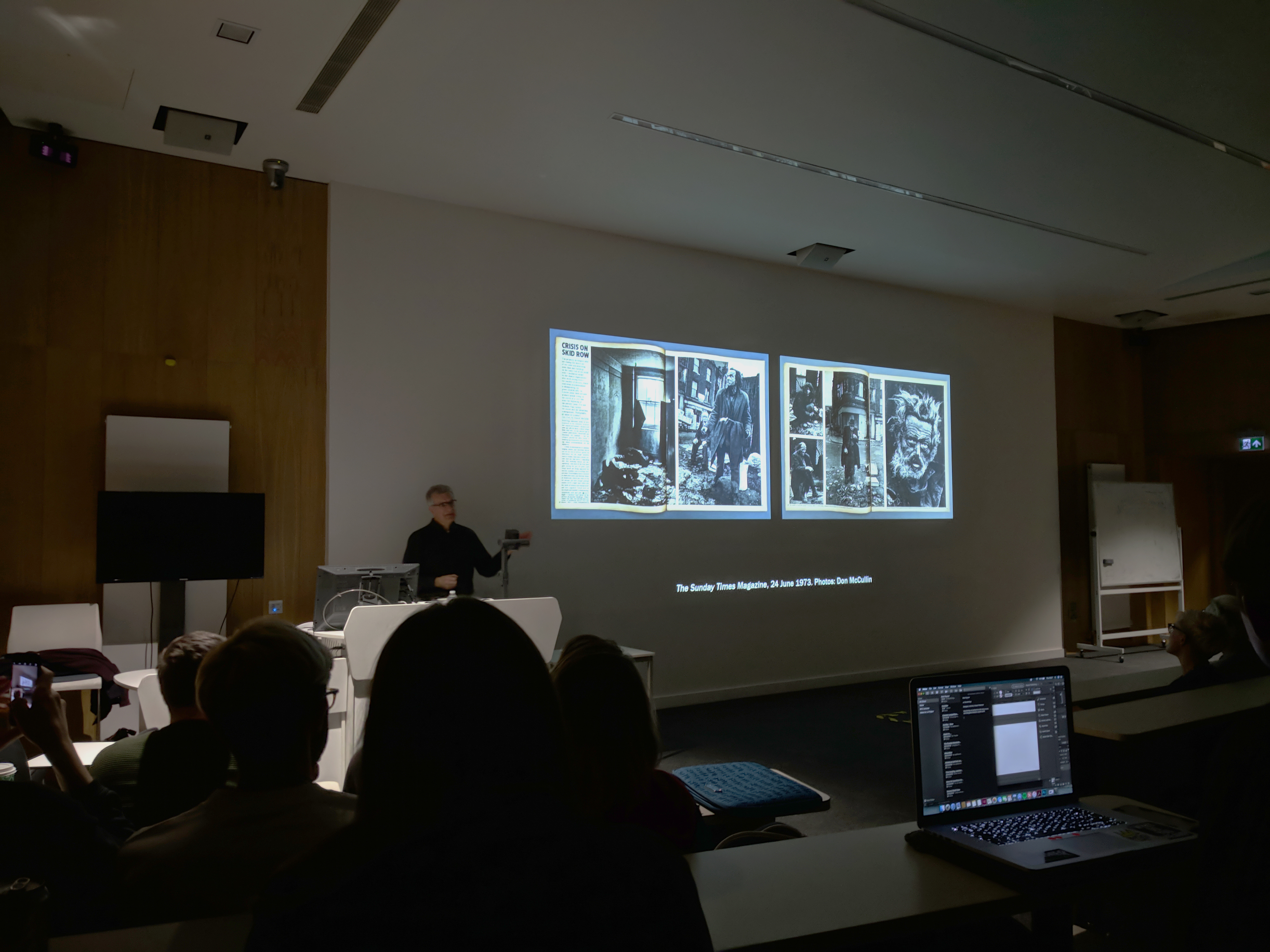 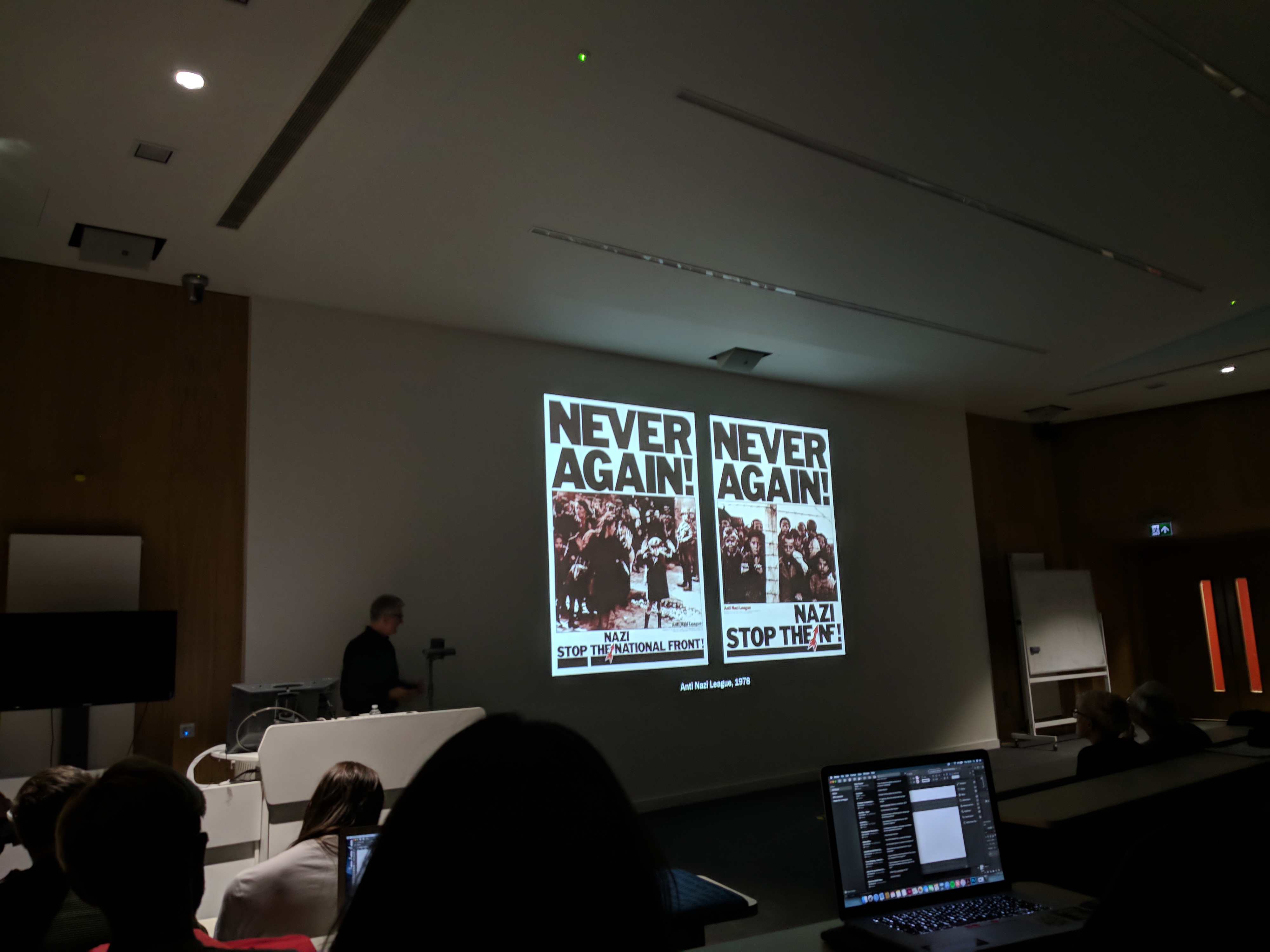 Rick Poynor’s TypeTalk about the work of David King.