Shani Avni TypeTalk and how important is typography in different languages

At the beginning of the course I had the opportunity to go to Shani Avni TypeTalk at BCU. Before the presentation, I did not know anything about his work. After seeing the passion she showed towards typography, I thought about how important it is in graphic design and how it is often given less importance.

Even more when it comes to languages with an alphabet other than English. I believe that as graphic designers and typographers we have to think about the possibility of adapting our typography to other languages and symbols. In the case of Spanish and Catalan, my languages, we have special characters such as ñ and ç. As they are very important languages, we have our variants in most typefaces nowadays, but other minor languages such as Hebrew it can become a problem. 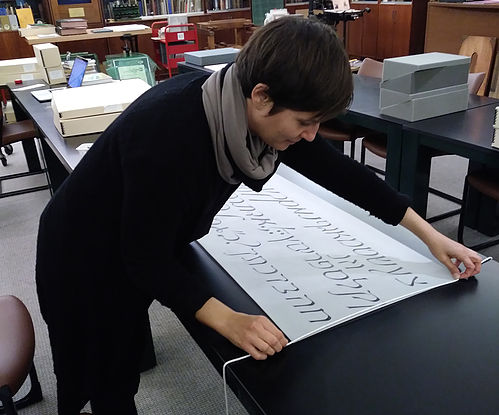 Shani Avni and her wotk.